Many of us get excited about the latest gadgets and devices. And once we’ve upgraded, our old gear often gets stuffed and forgotten in the bottom of a drawer or a box.

But, if you’re lucky, hidden away in your hoard could be something valuable. Electronics collectors love vintage gizmos and are willing to fork out to get their hands on them.

Here are eight valuable vintage electronics and gadgets you should never throw away. 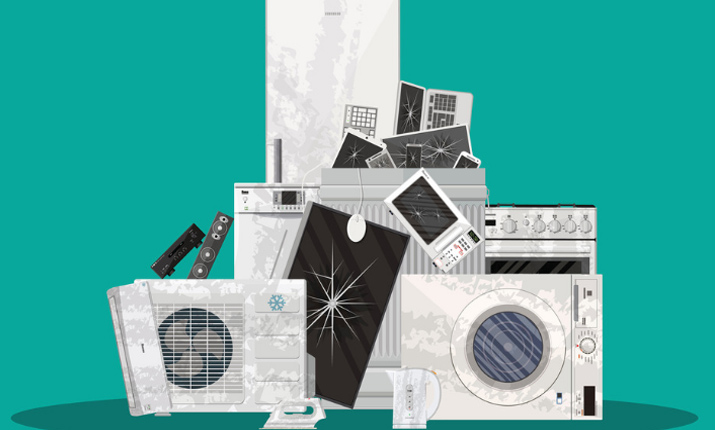 If you’re of a certain age, the game Mario Kart probably holds a special place in your heart – after all, what’s better than hurling turtle shells at your friends as you race around a psychedelic, iridescent road made of rainbows suspended in an endless abyss?

Because of its popularity and vintage appeal, today, original Mario Kart 64 cartridges can fetch hefty sums on eBay. New, in-the-box cartridges can go for up to £300, and even used cartridges in good condition may bag you £50.

A calculator you wear on your wrist like a watch. It sounds like something people in the 1970s envisioned becoming popular in the future – like solar panelled cars or jetpacks – but which, for whatever reason, never took off.

The Motorola DynaTAC 8000X was the first commercially available mobile phone. As big as a landline telephone with a huge aerial sticking out of the top, it’s hard to believe that people actually carried these things around with them.

The Jupiter ACE was a low-cost home computer manufactured by Jupiter Cantab in the early 1980s. Back then, the computer was not very popular, and the reported number sold before Jupiter Cantab closed for business was only around 5,000.

Because of this, today the machines are quite rare – and are therefore highly valued by collectors. It’s not uncommon for Jupiter ACEs to carry a price tag of around £1,200.

Cassette tapes have been thoroughly replaced by MP3s. But, to some, the allure of tape is still strong. This may be due to so-called “hipsters” showing a preference for the medium, or simply because they have inherent nostalgia value for those who used them when they first came out.

Either way, the undisputed king of the portable cassette players is the SONY TPS-L2 Walkman. A hugely popular brand in its heyday, the SONY Walkman was seen as stylish and chic. They’re still popular in some circles today, fetching up to £300.

In the early noughties, the iPod classic was at the top of everyone’s Christmas list. Demand was huge, with endorsements from celebrities such as David Beckham sending people into a buying frenzy. Weighing about as much as two CDs, the iPod promised to revolutionise the way we listened to music – enabling owners to store up to 10,000 songs on a single pocket-sized device.

Today, products from Apple’s “i”-range are a permanent fixture in many of our lives. But some people want to re-live those early halcyon days, and are willing to pay over £430 to get their hands on the original thing.

In the 1990s, Gameboys were seriously cool. So, a Gameboy you could see inside of – well, that was ultra-cool. The handheld game console manufactured by Nintendo allowed its owners to play hugely popular titles including Super Mario, Pokémon, Zelda, Donkey Kong and Metroid.

Ever heard the saying, “so bad it’s good”? Well, it certainly applies to the Gizmondo. The Gizmindo was a handheld gaming console developed by Tiger Telematics and released in the UK, Sweden and US in 2005. The console aimed to compete with Nintendo and SONY. But things didn’t quite work out.

In fact, the Gizmondo holds the dubious record of being the worst selling games console in history, with less than 25,000 units shifted. To make matters worse, after the Swedish press revealed the criminal pasts of several executives, the company was forced into bankruptcy. Now fairly rare, the console goes for about £250.