The 10 UK Places with The Fastest and Slowest Internet Connections 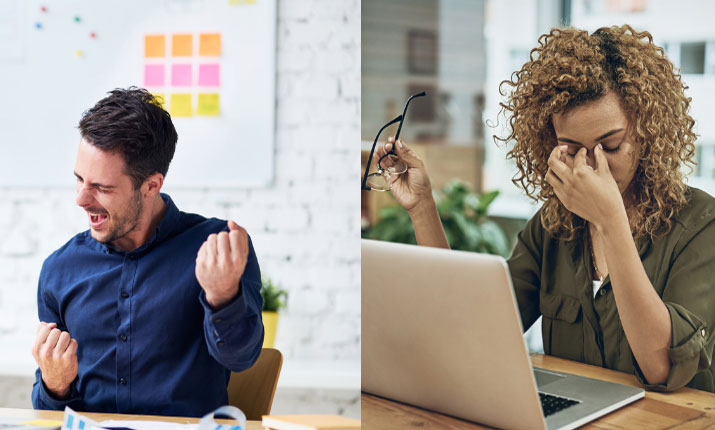 Not all internet connections are created equal.

So which places have the fastest internet connection? And which have the slowest?

What Is a Good Internet Speed?

Internet speeds are measured in megabits per second (Mbps). The higher the number, the faster the connection. A nippy internet connection is a joy. But what counts as a fast internet speed will depend entirely on your needs.

For example, if you only surf the internet a couple of times a week, you are considered a light user and may get by just fine with a connection of 15Mbps or even less.

If you like to regularly browse social media, watch videos and stream TV, you are considered a medium user, and require a connection speed between 15-25Mbps.

If you are an avid internet gamer, Netflix binge-watcher, frequent movie-downloader or live in a house with several other medium users, you are considered to have heavy connection needs and require a connection speed of 25Mbps or more.

The service agreement you signed with your internet provider will tell you what your minimum connection speed is. It’s good practice to check that you’re receiving the minimum speed quoted by using an online speed tester (like this one from Money Super Market).

By analysing more than 277,000 speed tests, Which? were able to create a comprehensive map of the UK’s best and worst places for median internet connectivity. Here are their results.

The Top 10 Places for Internet Connectivity in the UK

The Worst 10 Places for Internet Connectivity in the UK 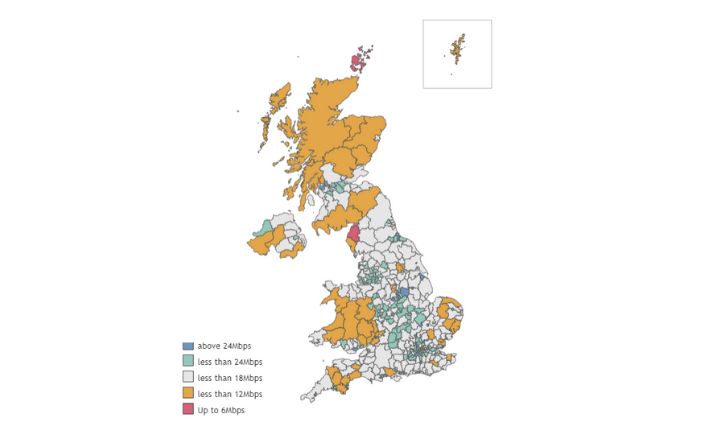 How to Speed up Your Internet Connection 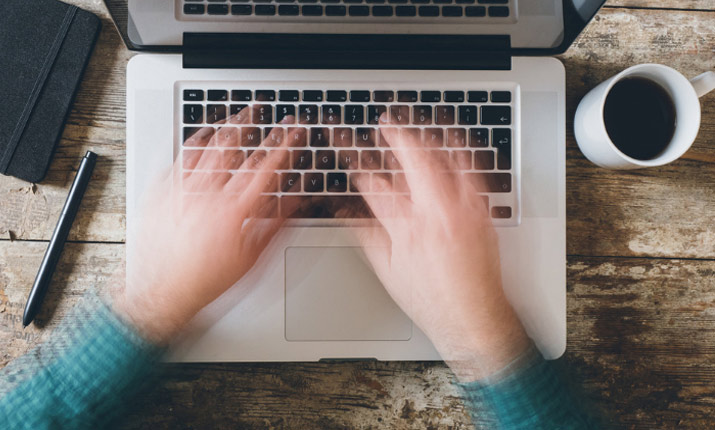 Improving internet speeds across the UK is one of the government’s main agendas. In fact, Openreach recently announced that it will recruit 3,000 apprentice engineers to help hit its high-speed internet across the UK.

If you’re looking for a quicker fix, you’ll be glad to know that there are several things you can do to speed your internet speed up right now.

Your Wi-Fi signal is sensitive. Lots of things can impact the strength of your Wi-Fi – so it’s important you place your router in a good position. Don’t put it next to a window, behind a television set, in a cupboard or next to a fish tank. The best place is somewhere up high where the signal won’t be affected – on top of a bookshelf, for example.

If you regularly use a desktop or laptop, consider using a wired connection instead of Wi-Fi. Wired connections are more reliable and faster than Wi-Fi, and having less devices connected to your router will increase Wi-Fi speeds.

In busy areas, many people often use the same wireless channel. Over-crowding can cause internet speeds to slow down. To get on to another channel, just reset your router and it will automatically select a less busy channel.

In general, average internet speeds across the country are increasing year-on-year. However, for those businesses in areas with slow average internet connectivity, a poor connection can be a real problem.

Luckily, Wi-Fi isn’t the only way to connect to the internet. Leased lines can be used to provide ultra-fast internet access to businesses which need it. A completely private connection, leased lines guarantee a high level of service, smooth connectivity with no interruptions and vastly reduced latency. This means you will enjoy a high-speed connection which will not slow down during busy periods.

For businesses, moving to a leased line can mean vastly increasing productivity and efficiency, eliminating downtime and a dramatic streamlining of processes. Leased lines can provide speeds which are much, much faster than what it’s possible to receive over broadband – making them essential for businesses with high connectivity requirements.

Elite Group is the leading unified communications provider. We supply businesses with a range of connectivity solutions – from business broadband and ethernet to leased lines and MPLS.