Why Are Phones so Expensive?

Why are mobile phones so expensive? 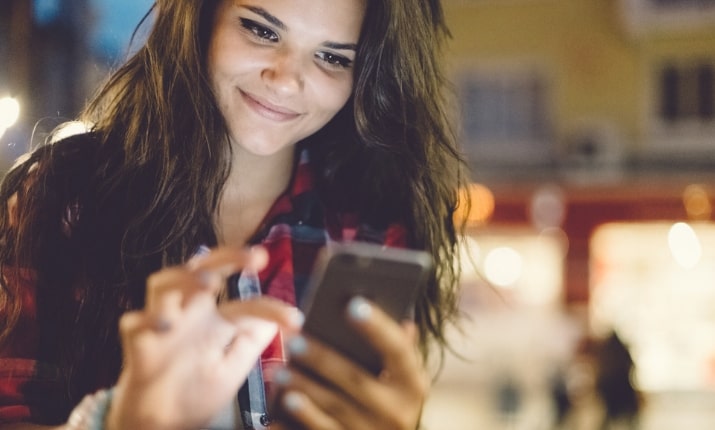 When mobile phones first entered our lives in 1973, they allowed us to make and receive calls. And that was it!

With the invention of text messaging in 1992, phones acquired another use.

One year later, IBM released the Simon Personal Communicator, which came with a calendar, address book, clock, notepad, PDA, email service, QWERTY keyboard and touch screen. A year after that, a phone was released with the game Tetris pre-installed.

Just a few years later – in 1998 – 3G networks began being unrolled around the globe, paving the way for viable and affordable mobile internet technology. Then in 2000, the first camera phone was released in Japan by J-Phone.

Since 2000, the evolution of phones has gone into overdrive, with today’s smartphones boasting a staggering range of features. In fact, despite still having the word “phone” in their name, a typical modern smartphone has more in common with a computer than what we would traditionally think of as a phone.

We’ve come to expect a lot from the humble mobile phone. This has meant that the smartphone market has become incredibly competitive. The big-name manufacturers are constantly trying to create a device that trumps their last and is better than their competitors’. Creating and building devices jam packed with all this new technology costs money, but can that alone account for how expensive smartphones have become?

So, why have modern devices become so expensive and are we getting what we pay for?

Phones are more expensive than ever with the price of a modern, top-of-the-range smartphone being way over £1,000. Now, with the arrival of foldable phones, which are being priced at £2,000 and above, it looks like the upper limit for phone prices is going to keep growing.

Compared to their counterparts a few years ago, these flagship models can seem ridiculously expensive. So, what happened? Why are phones so expensive?

As always, there are several reasons why phone prices have been skyrocketing over the past few years. Here are some of the main factors:

When smartphones started becoming popular, most people chose to finance their phones using a contract. A typical mobile phone contract runs from anywhere between 6 and 24 months, with the consumer paying a monthly fee which covers either the bulk or the entirety of the cost of their device plus their network requirements (calls, texts and data). As such, many people remember paying around £200 for a brand-new smartphone – even though they were in fact paying much more, they were just paying it in instalments.

Since 2017, the number of people paying for a SIM-only or pay-as-you-go contract has been increasing dramatically. Indeed, it is thought that SIM-only contracts are now the most popular kind of mobile deal in the UK. Pundits put this shift down to consumers realising that it’s often cheaper to purchase a device outright.  Furthermore, as the quality of devices has increased, the lure of the yearly upgrade is beginning to fade.

The net result of this, for the most part, has seen people holding onto their phones for longer and this, in turn, has seen a decrease in the number of people upgrading their phones every year. Fewer updates mean fewer sales for new handsets, so phone manufacturers had a choice: sell more phones or charge more for phones. The latter option won out, and this is why flagship phones are now way more expensive.

However, while sticker stock goes some way to explaining why phones seem more expensive than ever, there’s more to the story.

The smartphone is one of the most technologically advanced products to have ever been marketed to a mainstream audience. We can’t get enough of them. Some of us will even queue for days just to get our hands on the latest release. For companies to make the most of our love affair with phones, they need to constantly improve them.

Substantially improving a phone usually requires building new hardware. New hardware will be able to facilitate faster computations, hold more data and perform completely new processes. But building this hardware is expensive. Some of the materials used in modern smartphones are quite scarce. These, so-called, “rare earths” are a group of 17 chemical elements with tongue-tying names such as dysprosium, yttrium and thulium. These play a crucial role in the manufacturing of many modern innovations – including televisions, cell phones, laptops, cars and medicine.

As the world gets increasingly more advanced, and technology continues to spread across the globe, the cost of rare earths further increases. For smartphone manufacturers, the increase in demand for rare earths means their production costs go up, too. To protect their profits, much of this is passed on to consumers. As such, the scarcity of rare earths is one of the reasons we see the price of smartphones going up.

Making a better phone isn’t just a case of getting and making new hardware. Unless you put that hardware to good use, your new phone is unlikely to offer any significant improvements when compared to the previous model.

To create a better phone, you also need developers and engineers – and lots of them. Apple hires 12,000 engineers in the US alone. And these tech experts don’t come cheap. Engineer salaries at Apple US range from around $71,000 to $164,000.  If we take the average salary of a developer to be $117,500, then Apple spends just under a whopping $1.5 billion on development and engineering talent alone.

All those fancy new features your new smartphone offers have cost the company who made them a huge amount of money. What’s more, as competition in the smartphone market continues to heat up, the costs of development and innovation will too. Phone manufacturers must cover these costs somehow, and the most obvious way is to hike up prices. 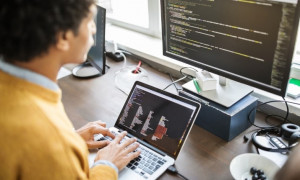 Although phone companies are constantly trying to out-do each other and create more innovative products, statistics suggest that consumers are less interested in ever-improving mobile technology. In 2018, global smartphone sales fell for the first time ever.

In a way, this makes sense. At first, the developments each new generation of smartphone ushered in were huge. Cameras got much better, storage increased significantly, internet connectivity improved and processing speeds got faster and faster. But exponential improvements cannot continue forever.

Moore’s law is the observation that the number of transistors in a dense integrated circuit doubles about every two years. In layman’s terms, this means that the computing world would increase in relative power and decrease in relative cost at exponential pace. In other words, our computers – and smartphones – will keep getting better and better.

Fast-forward to 2021 and many are claiming that Moore’s law is dead. A typical transistor these days is about 10 nanometres – that’s really, really small. And so, we may be getting close to what is physically possible given our current understanding of computing. That means that the unprecedented growth in computer power may be coming to an end – which makes it much harder for smartphone manufactures to make their products more powerful without making them bigger.

As such, developments are focusing on other areas – such as the foldable screens that drew so much attention in 2019. But are these more superficial developments enough to sustain consumer interest? Today’s declining demand for smartphones suggests not. If manufacturers are selling fewer phones, they need to sell them for more to sustain profits.

The world of designer clothes is sustained by high consumer mark-ups. A pair of shoes may cost just £100 to manufacture, but a popular brand could feasibly sell them for as much as £1,000. That’s the power of branding. And we’re all sucked into it.

When technology manufacturers first started out, they sold their goods on product specifications and technical details. The early adopters of computing and smartphone technology were far more interested in functionality than fashion. But, as smartphones became ubiquitous, those making them realised that they could sell their goods as fashion items too.

Apple, some have claimed, has transitioned from a technology company to a fashion company. The company placed more and more emphasis on aesthetics, and, in 2015, began poaching some of the biggest names from the fashion and luxury design industries.

Although Apple are perhaps the best example of a tech company re-branding itself as a fashion company, other smartphone manufacturers have attempted to do similar things. And the biggest motivation is profit. Consumers are far more willing to part with their hard-earned cash if they believe the product they are getting will make them look stylish and cool. So, as smartphone manufacturers continue to build their brands, we can expect consumer mark-ups to increase. Indeed, branding has already played a significant role in the price hikes we’ve seen over the last few years.

Are you getting the most out of your business mobile contract? Our network agnostic approach and impressive professional relationships with EE, Vodafone and O2, means we can find the best business mobile contract for your needs. Not only will your contract be tailor-made for your requirements, you will also receive industry-leading support and customer service. Top solutions, high-level support and hassle-free service – this is the Elite way.

For more information on how Elite Group can power your unified communication solutions,  call us or request a quote today.