What Would Happen If the Entire Internet Went Down? 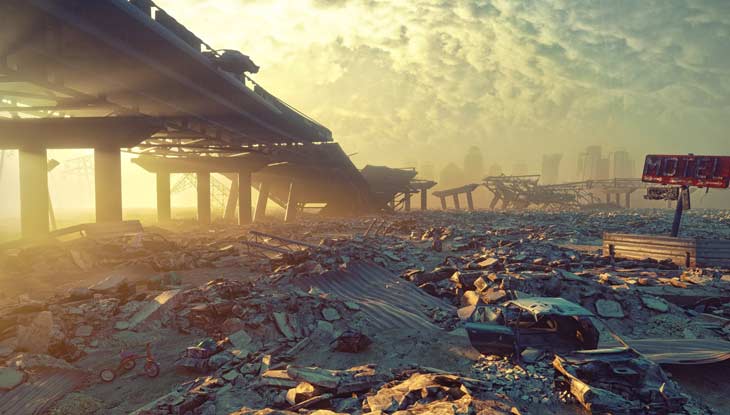 The internet has crept into almost every part of our lives

Safe to say, the internet is pretty darn important. So important, in fact, that, since 1 July 2016, internet access is considered a basic human right by the UN.

But what would happen if the internet went down?

To answer that question, we need to get a handle on exactly what we’re talking about. In other words, we need to define the internet.

What is the Internet?

If you’re reading this, you’re probably an expert internet navigator, able to find precisely what you’re looking for in a matter of seconds. You’re likely to be practically fluent in internet slang. And you might even know exactly when to drop a meme or GIF for maximum impact. In short, you probably feel like you know the internet like the back of your hand.

All of this is great. But none of it shows that you really understand the internet. For example, do you know the difference between the internet and the web? (It’s okay, neither did I until I did the research for this article.)

The web is one way of accessing information over the medium of the internet. The web uses the HTTP protocol to transmit information. HTTP is just one internet protocol (others include BGP, DHCP, DNS, FTP and IMAP). To access the web, visitors use browsers to view web documents called web pages that are linked to each other via hyperlinks.

At this point, things are probably starting to sound more familiar.

So, could this massive network of networks that allows you to video call your granny from Australia break?

Could the Internet Go Down? 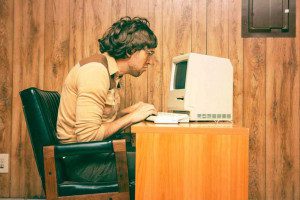 Or perhaps an even better question is, has it ever gone down before?

The answer is no. But parts of it have. In 1988, for example, the Morris Worm shut down 10 percent of the internet. At this time, the internet consisted of around 60,000 computers. And the Morris worm, which was built by a 24-year-old computer whiz called Robert Tappan Morris, Jr., managed to get into and take down 6,000 of them.

On 3 November 1988, 6,000 unlucky internet users – predominately academic, corporate and government research users – noticed something strange when they booted up their machines. Programs had slowed right down. Networks contained strange repetitive instructions and were barely operational. And administrators were unable to override the unknown processes.

A worm is a malicious computer program that replicates itself in order to spread to other computers. The Morris worm worked by breaking into email accounts (usually by guessing obvious passwords) before emailing itself to new targets. By running itself over and over again, the worm blocked up mail servers and prevented them from working. This last feature was not part of Robert’s plan. In fact, he had created the worm to explore and probe the limits of the internet stealthily – and certainly without damaging it.

Ultimately, the Morris worm served as a warning – that the internet could be attacked – and created between $100,000-10,000,000 worth of damage. Robert was the first person to be convicted under the 1986 Computer Fraud and Abuse Act.

Of course, the internet has changed a lot since 1988. In fact, a virus that managed to infect just 6,000 machines would have no chance of making the headlines. And internet security is far more robust.

So, could something similar – or worse – happen today?

There are a number of threats today that experts believe put the entire internet at risk.

A solar flare is a sudden increase in the Sun’s brightness. When a big enough solar flare erupts, it can cause geomagnetic storms on Earth. The largest solar flare recorded took place in 1859. Dubbed the Carrington Event, after the British astronomer Richard Carrington, the 1859 solar flare caused auroras to appear all over the globe, and sparks to leap from telegraph operators’ equipment.

If a storm of that magnitude occurred today, it would blow out transformers and melt down computer systems. In theory, a major solar event could break the entire internet.

The sun’s activity follows an 11 year cycle called the solar cycle. During solar maximum, large numbers of sunspots appear and solar flares are far more likely. The last solar maximum occurred in 2013  and, luckily, was the weakest in 100 years. The next one is due around 2024. If our luck doesn’t hold, and a massive solar flare is released, we could witness far greater disruption to the internet.

At its most basic level, the internet is a tangle of really, really long wires. Compromising of telephone poles, buried fibre optic lines and undersea cables, the wires that make up the internet span every continent and ocean.

A single sub-oceanic cable is only around three inches in diameter. Surprisingly small for something so important. And they’re vulnerable, too. In March 2018, an Australian bore operator single-handedly shut down major internet channels across New Zealand when he accidentally cut through fibre cables.

It seems odd that something so important can be so flimsy. Alas, it’s true. More than 99 percent of global web traffic is dependent on deep-sea networks of fibre-optic cables (with the other one percent being relayed by satellites). So, if someone was inclined to deliberately sever a few cables – as it appears they were in March 2018 – they could theoretically take down large portions of the internet.

In fact, if enough cables were cut in some huge coordinated effort, the entire internet could be taken down. This, however, would be very difficult to achieve.

For now, perhaps more worrisome is the fact that sharks, perhaps drawn to electromagnetic fields, seem to have a particular fondness for gnawing on submarine cables.

Cyberwarfare is all over the news. And whilst we know that cyberattacks are absolutely capable of disrupting websites and networks, could an attack really take down the entire internet?

Unfortunately, the answer, again, is yes. In fact, this potential is perhaps already frighteningly close to being realised. In 2017, reports emerged of a botnet – a collection of interconnected devices – that comprised of more than a million machines. Created by hackers, a botnet of this size could theoretically unleash a Distributed Denial of Service (DDoS) attack far greater than any we have seen previously.

The botnet, known as Reaper, uses collections of smart devices such as webcams and Wi-Fi routers to send surges of data to servers, causing them to crash and, ultimately, go offline. If enough data is sent to enough servers, major disruption could ensue.

In fact, in January 2018 the Reaper botnet was used to attack the Netherlands financial sector. The attack disrupted services and crashed websites. However, it was nowhere near as powerful as experts expected a Reaper attack to be. Whether this is because, as some claim, the Reaper botnet is far smaller than people believe, or because attackers did not unleash Reaper’s full potential, no one knows. We do know that the January attack came from servers in Russia. Make of that what you want.

What Would Happen If the Internet Went Down?

In his 1909 short story The Machine Stops, novelist E.M. Forster describes a civilisation that is completely dependent on a giant machine to fulfil all of its needs. The work has been credited with predicting technologies such as instant messaging and the internet.

In the story, Forster writes, “There came a day when, without the slightest warning, without any previous hint of feebleness, the entire communication system broke down, all over the world, and the world, as they understood it, ended.”

Today, if the internet were to go down, it’s no exaggeration to say that we would be in a similar situation.

If the internet were to go down forever, companies such as Google, Microsoft, Facebook and Amazon would shrink dramatically or cease to exist at all. The global economy would have to substantially reorganise itself – a process that would cost trillions of pounds, create massive global unemployment and a global economic crisis the likes of which we have never witnessed before.

And it’s not just the economic impact that we’d have to worry about. Due to overload, telecommunications services would come under acute strain and quickly fail. The 24/7 news cycle would break down, leaving countries and communities isolated from each other. Air-traffic would not be able function properly, causing major disruption to travel. Metro systems would also fail, as would suburban train networks. All satellites would have to shut down, meaning services such as the GPS network would collapse.

Huge queues would form outside banks due to ATM failure. The banking system would face the massive administrative task of manually clearing cheques, transferring money and releasing funds. Eventually service would collapse and the global stock market would cease to operate indefinitely. Companies would not be able to conduct business with each other quickly or effectively, meaning it wouldn’t be long for the grocery shelves to be empty.

In short, if the internet were to disappear, the world would change substantially. As a species, we’d be thrown back in time, and faced with fixing the greatest problem the world has ever seen – without any of the tools we normally use to fix problems. It would, in no uncertain terms, be a nightmare. Let’s just hope it doesn’t happen then. Fingers crossed.

Elite Group is the leading unified communications provider. We provide business-class connectivity and networking to organisations looking for a stable, reliable and fast internet connection.