Will We Ever Get Rid of Telephone Poles?

Telephone poles are admired by some and considered to be a blemish on the landscape by others.

Whatever your perspective, telephone poles play a crucial role in keeping us connected. But, as mobile technology gets better and better, the question arises: will we ever be able to get rid of telephone poles altogether? 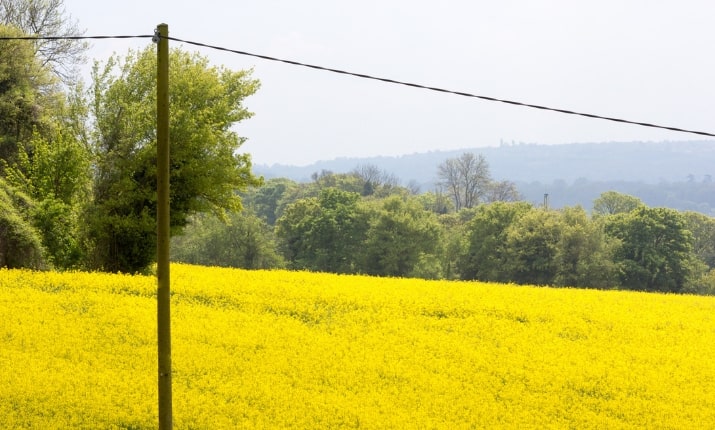 What Are Telephone Poles?

The very first lines that were hung from utility poles were telegraph wires. At first, each town was connected to the telegraph network with just one or two lines – and, accordingly, very few poles were needed. When the telephone was invented, this all changed.

The telephone was incredibly useful and, as such, popular. Many businesses and individuals wanted to own their own telephone. This led to a rapid increase in telephone ownership, which meant more poles needed to be erected.

At the same time, electrical power distributors were creating their own network of poles and lines. At first, telephone and power companies did not want to share their poles with one another. But local governments stepped in to pass legislation to ensure sharing in return for rights-of-way – or permission to erect poles on public and private land. In fact, this is something they still do.

Eventually, the poles were also used to facilitate cable television and internet services. So, while generally called telephone poles, these poles do a lot more than just support the telephone network. A better name for them is perhaps utility poles – which is what some people already call them.

Every year, adverse weather conditions such as wind, snow and ice wreak havoc on the nation’s telephone poles. The repair costs are immense, as is the disruption for people living nearby.

Because of this, some people argue for “undergrounding” the existing telephone pole network. By relocating lines to protected tunnels below the earth, some think we could tidy up the nation and safeguard our utilities network.

Sounds like a good idea. So, why aren’t telephone lines underground?

There are two methods used to move cables underground.

The cheapest is open trenching. This involves digging into the earth, laying down large stretches of cabling and backfilling the trenches later. This process often requires rerouting traffic, causes temporary outages and involves digging up people’s private property. None of which is usually welcomed by the communities affected.

The second approach is called directional drilling. This approach – a new take on an old technique for drilling oil and gas – is much less invasive. This is because, from a fixed point, directional drillers can drive a pipe through a carefully-plotted, sometimes miles-long underground channel without people on the surface having the faintest clue what’s occurring beneath their feet. However, this approach is incredibly expensive.

In fact, in North Carolina, local government investigated undergrounding the state’s entire utilities network and discovered that the process would take 25 years and raise electricity prices by 125 percent. Not ideal.

Will We Ever Get Rid of Telephone Poles?

So, while undergrounding sounds like a good idea on paper, the process is disruptive and costly. However, perhaps there’s another alternative: getting rid of telephone lines altogether.

We are on the cusp of 5G – the fifth generation of mobile technology. 5G promises to offer much faster connection speeds than previous mobile technology generations. This has led some to speculate that the technology could be used to replace our wired broadband connections. So, will 5G usher in the end for telephone poles?

No. For one thing, as mentioned above, telephone poles are used to support a variety of other utilities – not just telephone lines. And, since it doesn’t look like we’re getting wireless electricity in the near term, we will still depend on utility poles to provide at least our power.

Additionally, 5G itself will still depend on telephone poles, albeit to a lesser extent. 5G technology is very likely to use something called “small cells” to keep us connected. Small cells are low-power, short-range wireless transmission systems, and will be used to provide coverage over small geographic areas. These cells will then connect users to the central network – which will continue to be wired. As such, one of the most efficient and effective places to position small cells is on telephone poles themselves.

Accordingly, for the foreseeable future, telephone poles aren’t going anywhere. Which means the good folks at the Telegraph Appreciation Society (a site which gets more than 10,000 visitors a month) can rest easy.