HMRC Landline Scams Are up 360 Percent: Here’s How to Spot Them

Following a crackdown on email and SMS scams, criminals are returning to landlines to con people out of money.

Unfortunately, in the six months to January 2019, HM Revenue and Customs said it received 60,000 reports of phone scams – a 360 percent increase compared with the previous six months.

These scams are highly sophisticated and those behind them are using boiler room tactics to increase their efficiency. Here’s what you need to know so that you don’t get caught out. 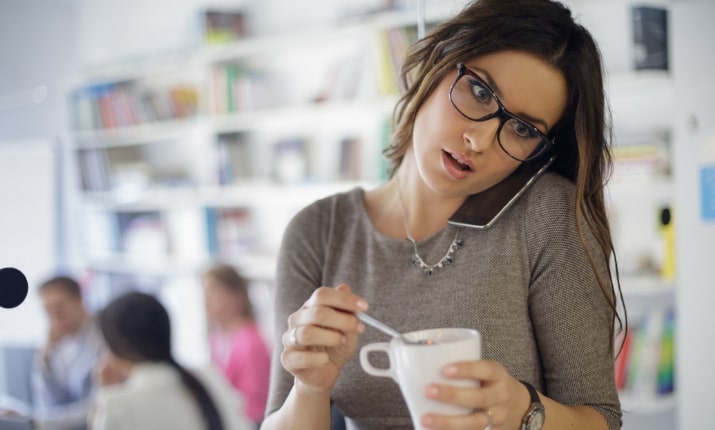 How the HMRC Phone Scam Works

By pretending to be from HMRC, scammers benefit in two ways.

Firstly, they tap into the high level of trust and respect most consumers have for government bodies. Secondly, as an institution that affects everyone’s personal finances, they make targets feel comfortable discussing money.

This can be a disastrous combination. To make matters worse, scammers are attempting to frighten their targets. They do this by threatening victims with demands for immediate payment on outstanding tax bills, lawsuits and even arrest warrants. By inducing fear in this way, targets are more likely to take immediate action and hand over potentially large sums of money.

Which? has uploaded two examples of such scams to its YouTube account. You can listen to these below.

In the first message, a male voice claims there is a warrant for the victim’s arrest because a legal case has been filed in their name. It then tells them to call HMRC on the number provided.

In the second message, a female voice informs the victim they are an HMRC officer called Sarah Wilson. Again, the voice tells victims to call HMRC back on the number provided – and that failure to do so will result in legal action being taken against them.

Though convincing, there are ways to tell the difference between scams like these and legitimate HMRC calls.

Though these scams are fairly sophisticated, with the right know-how, you can figure out whether a call is legitimate or not. Here’s what to look out for.

Although legitimate organisations may occasionally contact you out of the blue, an unexpected call should raise immediate alarm bells. You should always endeavour to identify an out-of-the-blue caller. You can do this by asking them to confirm information that only a legitimate caller would know – in this case, your tax reference number.

Scammers want their victims to act quickly. They encourage this by using scare tactics. If you feel intimidated or pressured, that could be a sign you are on the line to a scammer. Before transferring any money, make sure you are sure you know exactly where your money is going and what it’s for. One way to do this is to cross-reference the phone number the caller is using with the phone number of the organisation they claim to be from (which will be on their website).

If your caller cannot verify their identity, and they ask for personal information, hang up immediately. If you’re unsure whether the caller was a scammer, call back the organisation the scammer claimed to be from on their public telephone number. They will be able to confirm whether they need to talk to you or not. Be very wary of any caller that wants personal information – especially if that information pertains to your finances.

What the HMRC Says

The HMRC say they do call people about outstanding tax bills when needed – and that they do use automated messages. However, these calls will always cite your tax reference number. The HMRC will never ask for payment or personal details in an unsolicited email, text or phone call. The HMRC also never offers tax rebates over the phone, or via email or text.

HMRC also claim that scams generally target elderly and vulnerable people – so, if you know anyone who may be vulnerable to scams of this sort, make sure you alert them about them and tell them how to spot a scammer.

If you receive an email from someone purporting to be from HMRC you suspect may be a scam, forward it to phishingLhmrc.gsi.gov.uk. To report a suspicious call, contact Action Fraud on 0300 123 2040 or use their online reporting tool.